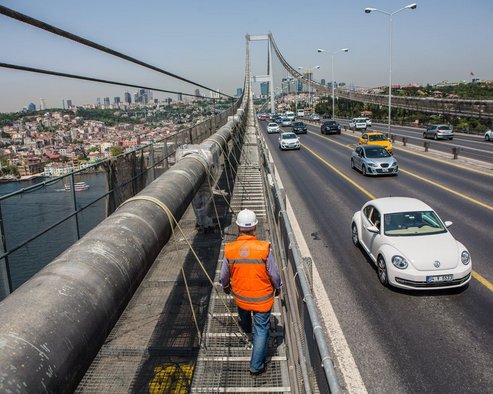 We are at Bosphorus Bridges Maintenance and Repair Project

Bosporus Bridge to undergo maintenance in 2014

We are at Bosphorus Bridges Maintenance and Repair Project as a supplier. 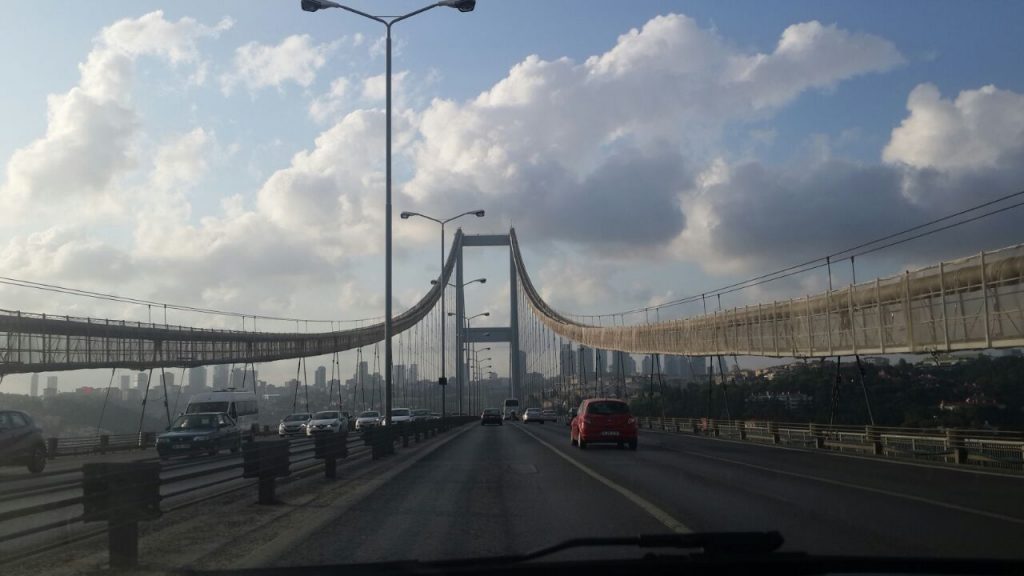 Maintenance and repair work on the Bosporus Bridge is set to start next year.

As part of the maintenance, the bridge’s asphalt, which was laid 23 years ago, will be replaced. To take additional precautions against a possible major earthquake, which may, according to experts, take place in the next 30 years, the bridge will be reinforced and the metal ropes of the bridge, which currently lie diagonally, will be placed in a vertical position.

The maintenance and repair work, which is expected to last 14 months, is set to begin when the school season ends at the beginning of summer next year. During the summer months, only two lanes on the bridge will be open. Minister of Transportation, Maritime Affairs and Communications Binali Yıldırım had previously said that they decided to conduct maintenance work next year instead of this year because the Marmaray project, which will connect İstanbul’s Asian and European sides via an undersea commuter train line, is expected to begin service at the end of this year, thereby providing an alternative means of transportation for millions of people and reducing the amount of traffic on the bridge during the maintenance period next year.

Last year, when the Fatih Sultan Mehmet Bridge underwent maintenance work at the beginning of summer, waiting time in traffic leading up to the bridge increased drastically.

As part of the maintenance work on the Bosporus Bridge, in which state-of-the-art technology will be used, it will not only be the asphalt — which hasn’t been replaced since 1991 — but also the electrical system on the bridge that will be renewed. To render the bridge resistant to earthquakes, energy-absorbing dampers will be placed at the abutments of the bridge. The tower elevators, which have been in service for 40 years, will also be renewed.

The asphalt for the bridge will come from Trinidad and Tobago in the Caribbean. The asphalt will be a mixture of rock asphalt — which is extracted from a lake — and asphalt normally used on roads. Thanks to the maintenance work, the Bosporus Bridge, which has been in service since 1973, will be able to remain in service for another 40 years. 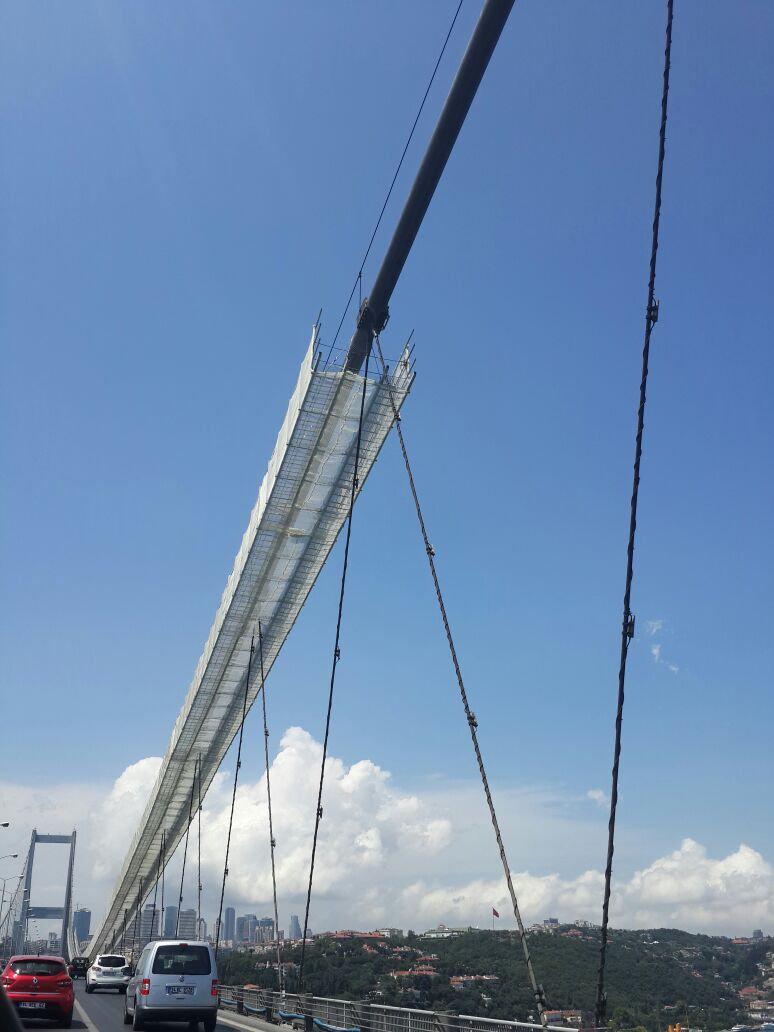